Hey, there's a bunch of new stuff in my Etsy shop. You should go check it out! 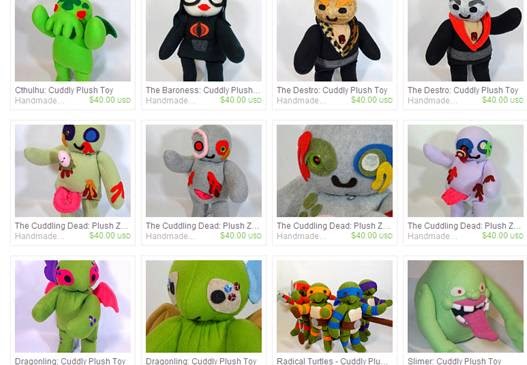 Posted by Handmade Stuffs at 3:49 PM No comments: I'll be putting a limited number of these, as well as a few of the other dolls I've made, on my Etsy shop this weekend.
Posted by Handmade Stuffs at 4:16 PM 2 comments: